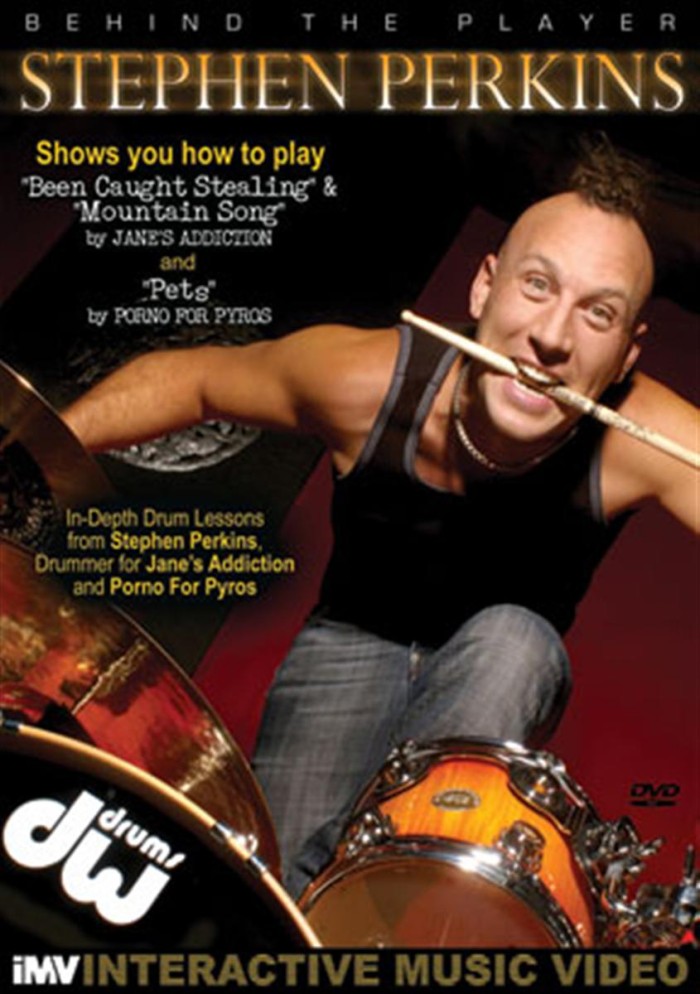 The BTP section is where the featured artist: gives you their background, talks about their lives in the band, gives general advice, and talks about their gear. If you didn’t know much about the player before you watched this section, you will by the time you’re done. Stephen chose to talk about getting his first drum set, the different drummers that influenced him, why he plays barefoot, and what each member of Jane’s Addiction contributed to their sound.

Stephen Perkins is a great host and that’s what really makes the DVD. He articulate, easy to understand, enthusiastic, and he knew how he wanted to teach what he had to teach. Not all of the hosts of the BTP videos I’ve seen so far have been as effective with their allotted DVD time.

I like the three pronged approach they took with each because it shows that the different dynamics at work when you play to an album and when you play with another human. They definitely give you all you need to learn the song inside and out, so I say it’s a successful effort on their part.

BTP videos seem to be pretty weak in the area of extras. This one has a promo video for Banyan and a live version of “Mountain Song” that I must admit I could jam to all day. All of the BTP videos feature the same little promo video for Little Kids Rock so that’s in there too.

Overall, I think the Stephen Perkins BTP DVD was successful and sets the bar for what a BTP type of video should be. It’s not an in-depth guide to all things Stephen Perkins. It’s an introduction to: him, his music, and the music he’s been a part of. So if that’s what you’re looking for that’s what offered. I think it was definitely worth a rent just for the sake of expanding my musical horizons, but, because of its narrow focus and its brevity, I don’t think it’s worth a buy.

Not everybody likes or understands a drum solo, so I like to bring in effects and sounds to keep their interest.
John Bonham