Dave Grohl will be challenging Animal to a drum-off in a new “Muppets” episode this December. END_OF_DOCUMENT_TOKEN_TO_BE_REPLACED

New record out in November. Gah!  Get this guy a throat lozenge!!

Our favorite drummer-turned-front man, Dave Grohl (sorry Glen Fry), has dropped the news that the Foos will start working on a new record this week!

On this week’s show, we talk about some cool new gear coming from Musikmesse 2011 in Frankfurt, Germany!  In the news, Jason Bitter clinic details, Foo Fighters’ new record breaks records, you can go to PASIC for free, and this just in: Chris Coleman clinic at Memphis Drum Shop to be streamed for FREE! Show notes after the break.

END_OF_DOCUMENT_TOKEN_TO_BE_REPLACED

This week, we cover how to effectively practice.  Mike, Kyle, and Andrew bring news of reactions to the new Foo Fighters documentary, Dream Theater’s “new” drummer, Police meets Monty Python, how Steve Adler is recruiting, and the return of the Pearl Reference reference .. kind of.  Show notes after the break!

END_OF_DOCUMENT_TOKEN_TO_BE_REPLACED

Grohl chimes in on the new Foo Fighters documentary

Yesterday, we reported that Taylor Hawkins was a bit squeamish when it came to the new Foo Fighters documentary, and it looks like he’s not alone.  According to the BBC, frontman, Dave Grohl, is also finding the new documentary hard to watch at times. 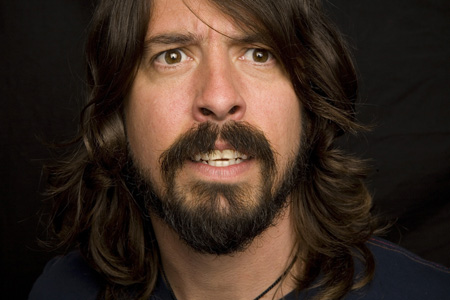 … Grohl said the most difficult footage for him to watch was where he binned the recordings made by Foo Fighters original drummer William Goldsmith for second album The Colour And Shape and rerecorded them himself.

“It was brutal,” admitted Grohl.

In a recent interview, Foo Fighters drummer, Taylor Hawkins, admits that the upcoming documentary about the band hits a little too close to home.

Check out the trailer.

“I wish we wouldn’t put the ***** movie out to be honest, because I’m not really comfortable with the public sort of openness.  We almost broke up and I almost died and all those crazy things have happened. And that’s what people want.’

Taylor Hawkins Rocks Out With Rush

Geddy Lee and Alex Lifeson show up during a Foo Fighters show in Toronto and jam to YYZ with Taylor Hawkins.

America: It's like Britain, only with buttons.
Ringo Starr